Home » Showroom » The Joy of Life

The Joy of Life

The garments I consider as my favourites are a pair of lamb black gloves. I said »my», but they haven’t always belonged to me. In fact, the reason of my adherence to them are the memories they harbour from their former owner.

The aforementioned owner was a pale-skinned girl that had her short black hair matching in colour with her monochromatic attire. But the habit does not make the monk: contrary to her gloomy outfit, her personality showed a moving kindness.
That unflinching smile would never wipe away from her face. Her everlasting optimism made me consider that maybe, she didn’t know the meaning of pain. But her eyes said otherwise.
Those irises, as dark as her hair, leaked from time to time a shadow of melancholy. Imploring glances tried to tell me several times about her concerns. But words are in vain for he who doesn’t know how to listen.
The situation became unbearable. One day, I asked her directly. She avoided uneasily the question. But given that I was so persistent, she took off her facade and broke in tears.
Repentant of not having asked sooner, I felt powerless against the bad news. Suddenly, there were not enough saints to pray for. We’re candles. The wax represents our lifespan. And her candle was burning crazily fast because of an incurable disease.
All I could do was to say consoling words, and to let her cry as hard as she wanted. That futile act seemed to work well, though. Next day, there was no trace of the sadness she bore a few hours ago.
Upon then, her eyes sparked with laughter every single second of her life, just as fireworks. And she knew that fireworks’ brightness is just ephemereal. So, she decided to glitter with more intensity than the rest of lights.
The day sky became dark again, she left behind these gloves. Now I’m warming up my hands with the memories they cherish, seeking for a new candle to light my night.
by Guorui Pan, 3º ESO
← Olimpiada Matemática 2º ESO Conciertos didácticos en el Auditorio → 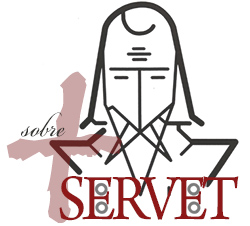